INDIANAPOLIS – The Indiana Democratic Party, the organization that advocates for the future of Indiana and its families, today bumped up the impact The Jobs Act will bring toward the state’s infrastructure system. Thanks to President Joe Biden and Democrats like Andre Carson and Frank J. Mrvan, The Jobs Act will invest $7 billion to repair about 1,111 deficient bridges and fix crumbling roads across Indiana. Revitalizing the state’s infrastructure system will keep Hoosier families safe while they travel the Crossroads of America.

Indiana Republicans’ “NO” votes on The Jobs Act show they aren’t serious about creating a better future for families. Despite campaigning on infrastructure, politicians like U.S. Senator Todd Young bailed on their support in the 4th Quarter and turned their backs on Hoosiers when it mattered most. Young’s flip flop represents an Indiana Republican Party who’d rather put their culture wars ahead of a revitalized infrastructure system. 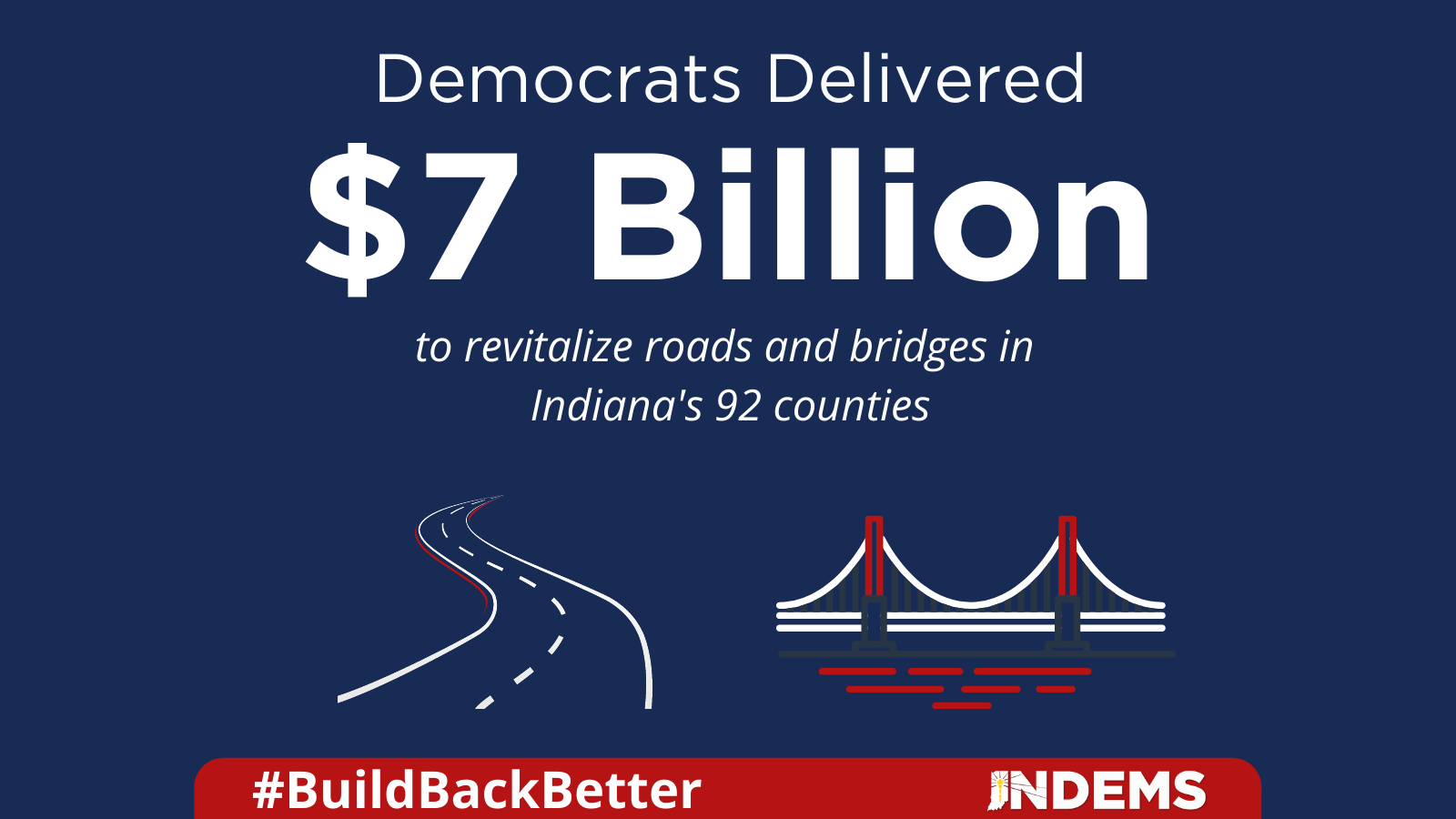 The Jobs Act: About $7 billion will be delivered to Indiana to assist with repairs to roads and bridges in all 92 counties

To learn more about The Jobs Act and its plan to transform Indiana’s infrastructure system, click here.